Sofia wants to bring up the issue with the European Commission 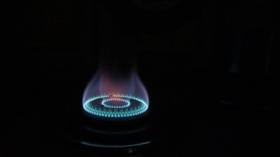 Bulgaria plans to discuss ruble payments for Russian gas with the European Commission, Energy Minister Alexander Nikolov said in an interview with BTV channel on Sunday.

Nikolov was asked what is the point of countries like Bulgaria, Poland and Finland not complying with the demand, when Germany and Italy have agreed to open ruble accounts.

According to Nikolov, EU officials have made it clear that payments in Russian currency were a violation of sanctions. Sofia expects the European Commission to give further instructions, he said.

“The level of solidarity and unity must be as high as possible. If there are exceptions, we will review them and see what the effects will be on the whole system,” the energy minister explained.

Russian energy giant Gazprom suspended gas exports to Bulgaria and Poland in late April after they refused to make payments in rubles. Bulgaria relies on Russia for nearly 90% of its natural gas, with the remainder coming from Azerbaijan.

Meanwhile, last week Germany and Italy allowed national companies to open ruble accounts with Russia’s Gazprombank to comply with the new natural gas payment scheme and avoid a supply cut-off. According to Reuters, the move was approved by Brussels after discussions with the European Commission and is not considered a breach of the sanctions that the EU placed on Moscow over the conflict in Ukraine.