The end of deliveries of Russian gas to European customers could have “knock-on impacts” on prices in the UK, the National Grid says 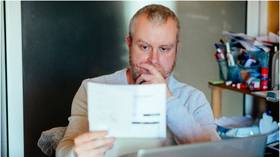 “While Britain is not reliant on Russian gas to the extent that the rest of Europe is, it is clear that the cessation of flows of gas into Europe could have knock-on impacts, including very high prices,” National Grid’s Electricity System Operator (ESO) said in its report on Thursday.

“We are taking actions to build our resilience to potential risks and uncertainties due to a possible shortage of gas supply in Europe,” the report said.

“This includes extending the life of coal units and exploring market-based demand side response.”

Britain and the EU imposed sweeping sanctions on Russia after it launched a military operation in Ukraine in late February.

The 27-nation bloc vowed to phase out Russian gas and on Sunday agreed to slash the use of deliveries from Moscow by 15% throughout the winter. The steps come amid a spike in energy prices in Europe and fears by some Western politicians that Russia could completely shut down supplies.


READ MORE:
Sanctions on Russia could leave Britain without fish'n'chips

“Huge swathes of the British public aren’t going to be able to afford their bills this winter,” senior consultant Gemma Berwick warned, as quoted by Bloomberg. “Average families with two working parents will be in fuel poverty.”