The soaring inflation is the nation’s biggest hurdle in 25 years, the Bank of England says 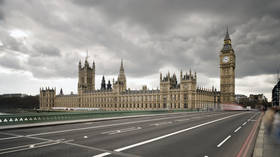 The Bank of England’s (BoE) chief economist, Huw Pill, on Friday admitted that the central bank faces its toughest challenge since 1997. According to The Guardian, he signaled that interest rates need to rise further.

Pill said that the inflation surge to a 40-year high of 9% in April put him in a “very uncomfortable situation,” given that the central bank is meant to keep inflation around 2%.

“These are difficult times for many people, especially for the less well off, who spend a higher proportion of their income on energy and food, where recent price rises have been most significant,” Pill said.

“Current challenges are thus a salutary reminder of the importance of price stability as an anchor for wider economic stability, and a bulwark to sustaining people’s livelihoods, especially for those on lower pay and fixed incomes,” he added.

The BoE’s chief economist said that inflation is expected to rise to over 10% by the end of the year.

Meanwhile, data by the polling firm GfK showed on Friday that consumer confidence in the UK has fallen to the lowest level since records began in 1974 amid growing concern over the cost-of-living crisis. British consumers are now gloomier about their prospects than they were during the 2008 financial crisis, data showed.

Earlier this month, the BoE warned that Britons were about to face a “historic” shock to their incomes, as it expects prices to continue rising. It also said the cost-of-living crisis could plunge the economy into recession later this year. In order to prevent this, the regulator has hiked interest rates four times so far this year, from the historic low of 0.1% during the Covid-19 pandemic to a 13-year high of 1%.