Maxxium Russia will be sold to a local management team 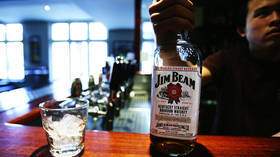 Multinational alcohol beverage producers Beam Suntory and Edrington will sell their joint venture, Maxxium Russia, and exit the Russian market, the company said in a statement on its website published earlier this week.

“After suspending shipments to Russia following the invasion of Ukraine in early March, we began reviewing approaches to the future of the Russia business… We determined that the best way to exit the market was through a sale of the Russia joint venture to the local management team,” the statement read.

The company added it will not be resuming shipments and “continue to abide by all applicable laws including international sanctions.”

Since the end of February, more than 1,000 foreign companies have announced their withdrawal or temporary suspension of business in Russia, as the crisis in Ukraine put a strain on supply chains and sanctions prevented many international brands from continuing business operations in the country. These include other spirits makers including American Brown-Forman, which produce Jack Daniels whiskey and Finlandia vodka, and the UK’s Diageo, which owns brands such as Johnnie Walker, White Horse, Captain Morgan, Guinness, Smirnoff and Baileys.