Liz Truss and Rishi Sunak should pin the blame for soaring prices on the Russian President, Nadhim Zahawi reportedly said 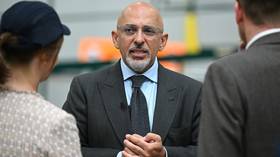 The next UK Prime Minister needs to point the finger at Russian President Vladimir Putin and blame him for Britain’s economic woes, the UK’s Chancellor of the Exchequer said, according to a Times report on Friday.

Speaking at a public event on Friday, Nadhim Zahawi reportedly argued that the Conservatives need to “remind” people that global gas prices have soared due to Moscow’s military campaign in Ukraine. If they fail to do so, the Labour Party could gain political capital by criticizing the Tories for their inability to tackle the crisis, he reportedly added.

The advice was apparently addressed to UK Foreign Secretary Liz Truss and former finance minister, Rishi Sunak, the only two contenders left in the race to replace outgoing Prime Minister Boris Johnson. Zahawi, who previously dropped out of the running, has lent his support to Truss. 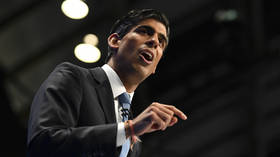 The chancellor’s advice comes after the UK’s consumer price inflation surged to a new high of 10.1% per annum in July, according to estimates from the Office for National Statistics (ONS). At the time it noted that the growth in inflation was largely fueled by the rise in food prices. Earlier, the agency also said that real wages in Britain, after accounting for inflation, had plunged by an annual 3% in the April to June period.

On Thursday, Zahawi said that Putin “is deliberately using energy as a tool to get back at us for the help we’re putting into Ukraine, and that is obviously impacting families because of energy costs.”

In early March, however, Russian President Vladimir Putin claimed that soaring global prices are not Moscow’s fault. “This is the result of their own miscalculations. They should not blame us for this," he said at the time.

Several members of the G20 claimed in July that Russia was responsible for a global wave of inflation and deteriorating economic outlook. According to US Treasury Secretary Janet Yellen, Moscow’s actions triggered “a global crisis of food insecurity as prices spiked for food, fertilizer, and fuel.”

Her statement appeared to be in line with remarks by US President Joe Biden, who also tried to pin the blame for rising prices on Russia, going as far as to call the development “Putin’s price hike.” However, according to a Rasmussen poll conducted in late June, only 11% of Americans believe Putin is to blame for the record high gas prices in the US.