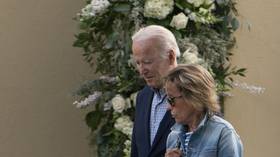 Moscow has announced sanctions against another 200 American citizens, including lawmakers, officials, corporate executives, establishment journalists, and the family members of political VIPs. The named individuals are banned from entering Russia for their involvement in “the promotion of the Russophobia campaign and support for the regime in Kiev.”

The restrictions were adopted “in response to the increasingly broad sanctions of the administration of [US President] Joe Biden, not only against Russian officials… but also against all those who do not please Washington for one reason or another,” the Foreign Ministry said in a statement. 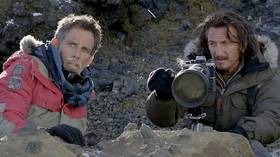 Biden, his wife, and their children Hunter and Ashley were already on the list, as was Nancy Pelosi and most of the better-known members of both houses of Congress. They join over 1,000 other US citizens forbidden from entering Russia indefinitely, a list that includes Hollywood actors Ben Stiller and Sean Penn, both of whom have used their celebrity to gin up support for the government in Kiev.

Washington has been piling sanctions on Moscow since 2014, when residents of Crimea voted to join Russia following a US-backed coup in Ukraine. The pace of the restrictions accelerated dramatically following the start of Russia’s military campaign in February 2022, with the US and other Western nations imposing economic sanctions and targeting Russian officials, lawmakers, businessmen and public figures.