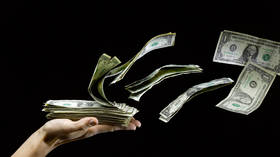 The Inflation Reduction Act signed into law by US President Joe Biden on Tuesday will saddle middle-class Americans with about $20 billion in added taxes over the coming decade, the Congressional Budget Office has revealed.

While Biden promised during his electoral campaign not to raise taxes on the middle class, the Senate voted down an amendment to the bill that would have protected Americans making under $400,000 from increased scrutiny by the Internal Revenue Service. The House approved the Inflation Reduction Act on Friday. The legislation passed both houses of Congress along party lines, with zero Republican support. 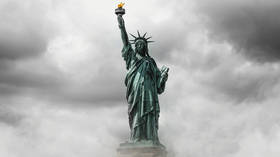 The bill also sets aside $80 billion to hire 87,000 IRS agents to collect those new taxes. While the Biden administration pitched the move as an effort to get rich Americans to pay their fair share, the CBO’s evaluation and the Joint Committee on Taxation suggest the new agents will be primarily tasked with extracting funds from small business owners and middle-class Americans.

The Treasury Department has insisted this is not the case, telling Time Magazine that “it is wholly inaccurate to describe any of these resources as being about increasing audit scrutiny of the middle class or small businesses.” However, Treasury Secretary Janet Yellen instructed the IRS commissioner last week to ensure that “any additional resources…shall not be used to increase the share of small businesses or households below the $400,000 threshold that are audited relative to historical levels,” meaning middle-income Americans will indeed face more audits – they’ll just be proportional.

The IRS currently employs about 78,000 people, meaning the new hires could more than double the size of the agency. However, the Treasury Department claims many of the new appointments are intended to replace employees who are about to retire, claiming the agency’s ranks will only grow by 30,000.

A job posting from the IRS specifying agents must “carry a firearm and be willing to use deadly force if necessary” raised eyebrows across the internet. The listing was later edited to remove the part about “deadly force,” though screenshots of the original remain available on social media.

Inflation has reached a 40-year high under the Biden administration, hitting 8.6% in May. While the president has blamed Russian President Vladimir Putin and the Covid-19 pandemic for the country’s financial woes, his political opponents have pointed to his “reckless” spending as the primary reason for the economy’s downward spiral. The president has passed multiple trillion-dollar-plus spending packages since taking office, though his crowning initiative, the $3 trillion-plus Build Back Better program, perished for lack of support within his own party. Parts of it have been recycled into the current bill.

Despite its name, the Inflation Reduction Act won’t actually lower inflation, according to numerous economic experts, including the Penn Wharton Budget Model and the CBO itself. Penn observed that the legislation’s impact on inflation would be “statistically indistinguishable from zero,” though nevertheless arguing it would yield “lower government debt, higher wages, higher total factor productivity and higher GDP,” while the CBO described its impact as “negligible.”