Home Iz minuta u minut Biden to run again in 2024 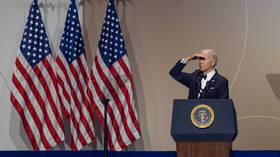 US President Joe Biden is running for reelection in 2024, White House press secretary Karine Jean-Pierre confirmed during a press briefing on Tuesday. The presidential spokeswoman claimed Biden had already publicly committed to the race, even as his party has grown cold on his chances.

Asked whether Biden had indeed told civil rights activist Reverend Al Sharpton he was running again in 2024, as per an NBC report from earlier in the day, Jean-Pierre first appeared to hint at Sharpton’s omniscience — “If Al Sharpton says it, it’s, you know—” before delivering the party line.

“The president has said this himself, he intends to run in 2024,” she affirmed before attempting to explain why she could not offer her personal opinion on the matter, citing the Hatch Act, which prohibits federal employees from participating in political campaigns. 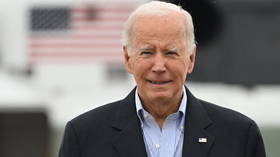 Biden supposedly spilled the beans during a meeting last month with Reverend Al Sharpton at the White House, telling him “I’m going to do it again. I’m going,” as the pair posed for a photo, according to an NBC report on Tuesday. The former vice president had asked Sharpton for advice before joining the presidential race in 2020 as a sort of litmus test to evaluate his potential with black voters, a key Democrat constituency.

Biden, who would be 86 at the end of a second term, has so far studiously avoided committing to another campaign. He did tell CBS it was his “intention” to seek reelection last month — but stressed that it was not his “firm decision”.

However, key party ally and House Speaker Nancy Pelosi has already begun distancing herself from her fellow superannuated Democrat, refusing to weigh in on whether she thought he should run when asked directly. She is rumored to be feeling out an ambassador post in Italy in case the party loses the House in November’s midterm election.

Biden’s approval rating has been underwater for months, though it recently rose to 42.1% from an all-time low of 36% in May. With the struggling economy the most important issue on voters’ minds, the president’s failure to get costs under control may have doomed his party in the midterms — Republicans are widely expected to take back both House and Senate. At the same time, voter enthusiasm among Democrats has slumped five points in the last month alone and more than half of party voters polled last month wanted Biden to retire at the end of his first term.