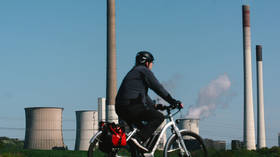 The German government is acquiring a 30% stake in the energy concern Uniper, German Chancellor Olaf Scholz said at a press conference in Berlin on Friday.

Scholz said the government would acquire the stake at a nominal price of €1.70 per share, adding that it would also provide the company with €7.7 billion ($7.8 billion) in the form of funds similar to equity capital.

Moreover, the chancellor ordered the credit lines from the German state banking group KfW to Uniper to be raised from the current €2 billion to €9 billion.

The measures are aimed at saving the company amid the drop in gas supplies from Russia. The reduction in gas flows meant that, rather than being able to fully rely on its long-term contracts at a fixed price, Uniper has recently been forced to buy gas on the spot market at a much higher price to make up for shortages. The government intervention will allow the company to stay afloat despite the higher prices, analysts say.

Despite the lifeline offered to Uniper, Scholz said it should not be viewed as a blueprint for a potential rescue of other energy companies.