Belarus may widen use of capital punishment 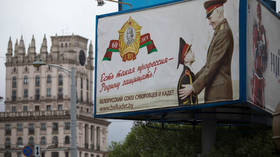 Belarus has responded to efforts by anti-war activists to sabotage the nation’s railway network by taking steps to make attempted terrorist attacks punishable by execution.

The former Soviet republic’s lower house of parliament approved plans on Wednesday to widen use of the death penalty, according to state-run media outlet Belta. The Belarus criminal code will be revised accordingly, if the upper house votes in favor of the plan and President Alexander Lukashenko signs it into law.

Sentences of capital punishment in Belarus are currently limited to cases involving “especially grave crimes,” such as terrorist acts that cause death, killings of police officers, or multiple murders. The proposed revision would give prosecutors discretion to seek the death penalty in cases where a suspect tries unsuccessfully to commit a terrorist act. 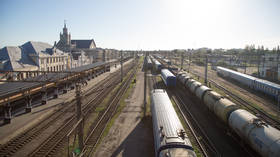 House Chairman Vladimir Andreychenko called such crimes “one of the most serious threats to the security and stability of any society.”

“Destructive forces continue their terrorist, extremist activities aimed at killing people, trying to shake up the situation in Belarus, provoking domestic instability and conflicts,” he added.

Andreychenko alluded to attempts by saboteurs to disrupt rail operations by damaging signaling instruments and other equipment. The Washington Post recently credited such tactics for helping to “thwart” Russia’s military offensive against Ukraine. Russian forces have used the Belarusian railway network to transport some troops and equipment to Ukraine. 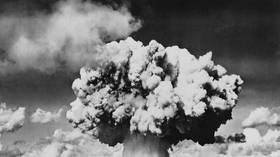 “Actions are being taken to disable railway equipment and tracks, objects of strategic importance,” Andreychenko said. “There can be no justification for the actions of terrorists.”

In recent weeks, authorities in Minsk have arrested at least four people for trying to disable rail operations. The suspects were shot and wounded during their capture, allegedly while resisting arrest.