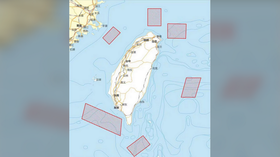 The Chinese military has begun a large round of military drills near the island of Taiwan, state media reported, making a show of force in retaliation to a recent visit by US House Speaker Nancy Pelosi.

The live-fire exercises kicked off on Thursday afternoon, China’s CGTN reported, citing the Eastern Theater Command of the People's Liberation Army (PLA). Few details of the drills have yet been announced, but the military has noted they will be conducted across six major areas in waters surrounding Taiwan.

Previous reports in state media suggested the exercises would include a “joint blockade” drill, “sea assault and land and air combat training,” as well as the demonstration of “advanced weapons” such as Beijing’s DF-17 hypersonic missile. China's Global Times reported that Chinese missiles were expected to “fly over the island of Taiwan for the first time,” calling the drills “unprecedented.” 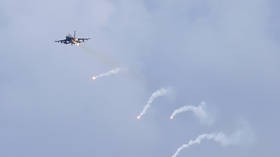 Ahead of the CGTN report, Taiwan’s military claimed to have warded off two Chinese drones flying near the heavily fortified Kinmen islands, located less than 10 miles off the coast of the mainland. Chinese officials did not confirm the alleged encounter, however.

The PLA drills follow a high-profile visit to Taiwan by US House Speaker Nancy Pelosi earlier this week, which Beijing denounced as a “complete farce” and a violation of its sovereignty, viewing Taiwan as part of its own territory.