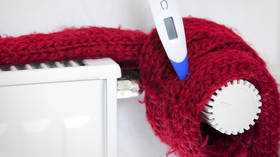 The sharp increase in the cost of living in the UK has stretched to national medical services and is causing more British families to fall into the ‘vulnerable’ category, The Independent reports, citing clinicians across the country.

Last month, the rate of inflation in the UK rose to 7% – the highest rate in 30 years – triggered by spiking fuel costs and set against the backdrop of the Ukraine-related sanctions on Russia. The Bank of England has warned inflation could reach 10% within months.

Earlier this week, the National Institute of Economic and Social Research (NIESR) warned that some 1.5 million British households will struggle to pay food and energy bills over the next year due to the cost-of-living squeeze.

The latest crisis is expected to put additional pressure on the health service that has already felt the impact of surging prices, particularly during the winter. 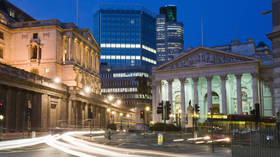 Asthma patients have been putting off buying new inhalers because they cannot afford the prescription, according to Rebecca Shearer, a senior GP nurse in Newcastle, as quoted by media.

“I’ve seen patients in a very short space of time, within a two-month period, who all came in to ask for painkillers, and when we explored why their pain was getting worse it was because they were cold all day,” she said, adding that people were sitting in cold houses, wary of putting the heating on because they’re unable to pay for it.

She added that some newborns that have been recently sent home were brought to households that cannot afford heating or “adequate” food, and where parents are sometimes unable to purchase special baby formula. 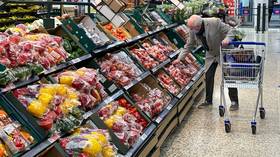 “As a charity, we are deeply concerned that the cost-of-living crisis will push more people with asthma under the poverty line, and it is shocking that some are now having to make a stark choice between eating, paying bills, and being able to afford essential medication like inhalers,” Harriet Edwards, head of policy and external affairs at Asthma and Lung UK, told the media.

On Wednesday, UK Housing Secretary Michael Gove said that the government is taking steps to “protect people” who are most vulnerable.

“We’ve already taken steps, for example reducing council tax for people who are in particular council tax bands who tend to be at the lower end of the income spectrum, but we also keep a review on a number of things we can do, both short-term and long-term,” the top official told Sky News.