Home Iz minuta u minut Anthrax in southern Russia: What we know so far

Anthrax in southern Russia: What we know so far 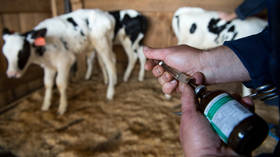 A woman in Stavropol region in southern Russia has been diagnosed with the dangerous bacterial infection, anthrax, local authorities said on Tuesday.

Stavropol region governor Vladimir Vladimirov took to Telegram to announce that he had received “information that required utmost attention” about a resident of the village of Rozhdestvenskaya having contracted anthrax.

The female patient was in a satisfactory condition, with medics looking after her. The woman’s life was out of danger, the governor added.

Anthrax is a serious infectious disease, caused by the Bacillus anthracis bacteria, that is sometimes found in rural areas and most commonly affects livestock. Humans may catch it from animals, typically from infected carcasses, as well as from wool, hair, and hides. 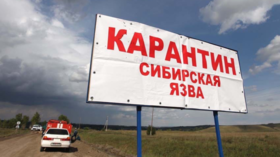 The disease can occur in the skin, lungs, and intestines. Respiratory anthrax is most dangerous and has a mortality rate of from 50% to 80% even with treatment, according to the US Centers for Disease Control and Prevention. However, the most common is the skin form of the disease, which is lethal in less that 24% percent of cases without treatment.

The illness often begins with flu-like symptoms, which can then develop into serious respiratory problems.

Hundreds of thousands of people died of anthrax before the 20th century, but the number of cases has been reduced greatly due to the use of antibiotics to treat patients and the vaccination of animals.

Some countries have developed anthrax as a biological weapon. According to Russian officials, the disease was among the pathogens studied at secret US-funded biolabs in Ukraine, which were uncovered during Moscow’s military operation.

How did the woman get infected?

The Russian media tracked down the anthrax patient, identifying her only as Siyadat aged 50.

She reportedly became infected while butchering a bull calf. The woman initially didn’t pay attention to a small lesion that appeared on her finger, but it kept growing and became painful.

Siyadat sought medical attention and was diagnosed with anthrax. She has been placed in an infectious disease hospital and is now being treated with antibiotics, according to reports.

“I had an abscess. Blood collected under the skin, and then my finger became dark. Doctors diagnosed [me with anthrax]. I have no rash or anything else. It’s all fine. I’m a healthy 105-kilogram woman,” the patient told Life website.

Siyadat has also revealed that she a had a similar problem some eight years ago but recovered on her own without medical help.

Will the disease spread?

The Stavropol Anti-Plague Research Institute, which is overseen by Russia’s consumer watchdog Rospotrbnadzor, assured on Wednesday that “there were no grounds for the disease to spread.” 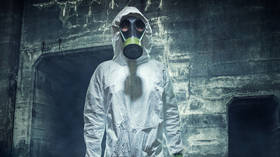 The measures aimed at localizing and eradicating the anthrax hotspot have been carried out in full, it said.

The large-scale vaccination of livestock is underway in Rozhdestvenskaya, according to the media. Siyadat’s relatives were placed under medical supervision despite none of them getting infected. Cases of human-to-human transition of anthrax are generally very rare.

The residents of the village have been told to pay extra attention to hygiene and wash their hands often.

The local health ministry’s chief infectious diseases consultant Larisa Tkachenko reminded that cases of anthrax were last registered in Stavropol in 2019. But there were no fatalities caused by the disease in the region for at least a decade, she added.