High fuel prices force car owners to cut back on driving, a recent survey has found 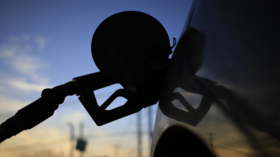 About two-thirds of vehicle owners or households in the US are making significant changes to their driving patterns as the cost of gasoline keeps increasing, the latest survey carried out by Maru Public Opinion shows.

According to the poll, 66% of drivers have either changed or will change their daily driving habits, if the gasoline price remains between $4.12 and $4.35 per gallon.

The AAA average gasoline price is currently hovering around $4.3 per gallon. The figure is based on pump price data from 130,000 gas stations across the US.

Out of 1,392 respondents, 34% said they will not likely change their driving habits until the price is close to $5 per gallon. Several US states, including California and Nevada, have already exceeded that level.

“Gasoline prices have continued their rally in the last week with oil prices sustaining higher levels, but the real story has been diesel fuel, which has skyrocketed to its highest level ever seen,” Patrick De Haan, head of petroleum analysis at GasBuddy, told CBS News. 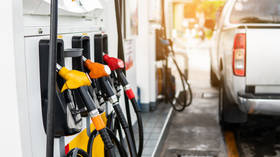 “For now, the rising cost of diesel will surely be felt in the grocery store, hardware store or on your next flight as jet fuel prices accelerate, leading to a continued rise in inflation likely to ripple across the economy,” the analyst added.

The survey highlights impact of higher energy costs on US consumers, with 62% of respondents cutting back on using their cars for grocery shopping or doctor visits, and 41% not filling their gas tanks up but just putting in what they can afford.

Meanwhile, 35% are opting to leave their cars at home and take public transport, 34% drive to different gas stations to find the best prices, and 29% have cancelled planned summer holiday trips by car.