Fenway Sports Group has placed the club on the market, report indicates 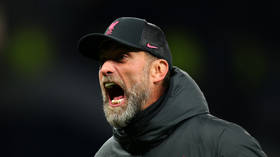 Liverpool’s American owners, Fenway Sports Group (FSG), have invited offers to purchase the Premier League club, according to a report by The Athletic.

It is understood that Goldman Sachs and Morgan Stanley will oversee the sale process under the direction of the club’s hierarchy, with a full presentation having been designed to attract prospective bidders.

The news comes after FSG – which also owns the Boston Red Sox – had reportedly investigated selling the football club in the past but today’s development signals an intent to see through a change in ownership at the earliest possible opportunity.

“There have been a number of recent changes of ownership and rumours of changes in ownership at EPL clubs and inevitably we are asked regularly about Fenway Sports Group’s ownership in Liverpool,” a statement from FSG to The Athletic reads.

“FSG has frequently received expressions of interest from third parties seeking to become shareholders in Liverpool. FSG has said before that under the right terms and conditions we would consider new shareholders if it was in the best interests of Liverpool as a club.

“FSG remains fully committed to the success of Liverpool, both on and off the pitch.”

FSG has held a controlling stake in Liverpool since October 2010 when it was purchased from former owners George Gillett Jr. and Tom Hicks.

The US-based ownership era has coincided with the most successful stint in the club’s modern history under the stewardship of German boss Jurgen Klopp, who ended their 30-year drought without a Premier League crown in 2019-20.

They have also appeared in three Champions League finals during that time, winning one, as well as an FA Cup and a Carabao Cup.

The FSG ownership spell also oversaw a massive infusion of cash into the football club, much of which was spent in redevelopment of the team’s Anfield stadium, as well as the launch of a new state-of-the-art training facility.

FSG is led by John W. Henry, who co-founded the group alongside Tom Werner.

Henry apologized to supporters last year for his support of the failed and unpopular European Super League project, while as recently as last May Werner indicated that they were to continue with their financial backing of the club indefinitely.

“Yes, we still see it as a long-term project. We are hungry to win more trophies for the club,” he told The Athletic.

It remains to be seen how much FSG will be seeking to follow through with a sale of the club. The most recent change of ownership in the Premier League saw another US-based businessman, Todd Boehly, front a consortium which purchased Chelsea from Roman Abramovich for a sum of £4.25 billion ($4.85 billion).