Brittney Griner, jailed for drug smuggling, is being transferred to an undisclosed facility, her lawyers claim 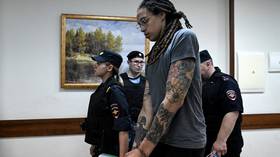 American basketball player Brittney Griner, who was convicted on drug smuggling charges in Russia, is being transferred to a penal colony, her legal team claimed on Wednesday, adding that they expect formal notification of her whereabouts after she reaches the facility.

According to Maria Blagovolina and Alexander Boykov, who represent the WNBA star, Griner was moved from a detention center in Moscow Region, where she had been held since being detained, on November 4. “She is now on her way to a penal colony.” “We do not have any information on her exact current location or her final destination,” they added.

Griner’s lawyers also noted that they and the US embassy in Russia should be formally notified of her whereabouts when she arrives at the facility.

Griner was arrested at a Moscow airport on February 17 when cannabis oil was found in her luggage. In early August, she was sentenced to nine years in prison on drug charges. Griner pleaded guilty, explaining that she had no intention of breaking any laws and packed the cartridges containing the oil “accidentally.” 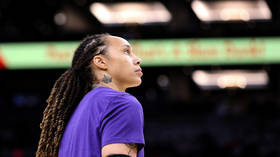 While US President Joe Biden has described Griner as “wrongfully detained,” Foreign Ministry spokeswoman Maria Zakharova has insisted that if a US citizen was detained in Russia for drug smuggling, and she doesn’t deny it, “then this should be commensurate with Russian, local laws.”

According to a CNN report last month, the White House has been in touch with Moscow to try and secure the release of Griner and Paul Whelan, an American who was arrested in Russia on espionage charges.

In late October, commenting on a possible prisoner swap, Kremlin Spokesman, Dmitry Peskov, said “all contacts with regard to possible exchanges can only be carried out under air-tight information conditions and [media] silence.”