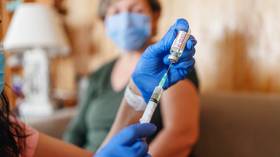 On Thursday, South African health authorities said they had – for the first time – established a direct link between the death of an individual and Johnson & Johnson’s Covid-19 vaccine.

The patient’s personal details were not disclosed due to confidentiality considerations.

SAHPRA CEO Boitumelo Semete-Makokotlela said that a causality assessment, conducted in full compliance with the methodology established by the World Health Organization (WHO), concluded the case was indeed “a vaccine product-related event.”

“The events reported in the vaccine recipient were consistent with the case definition for GBS and no other likely cause of GBS was identified at the time of illness,” she said.

SAHPRA had assessed around 160 fatalities since the Covid vaccination campaign started in South Africa but had never established a causal link between a death and vaccination until now, the official said. 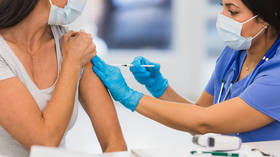 “GBS is a very rare but severe adverse event that is associated with the administration of various vaccines and other medicines and can also be triggered by infections,” Semete-Makokotlela emphasized, adding that the benefits of vaccination still far outweighed the risk.

Reuters reported that J&J pointed out in an emailed comment that GBS was associated with a number of vaccines and other medicines, and can be triggered by SARS-CoV-2 – the virus that causes Covid-19.

As Semete-Makokotlela explained to reporters, GBS is a rare condition affecting the body’s immune system, causing various mild-to-severe symptoms, including muscle weakness, muscle pain, numbness, and tingling. In many cases, the syndrome resolves itself with no serious side effects, but it can become serious and cause paralysis and other life-threatening symptoms.

Last year, authorities in the US added a warning about an increased risk of GBS in the 42 days following vaccination to FDA’s factsheet for J&J's Covid-19 vaccine.