‘Absurd’ to hand out titles without Russians – skating coach

Russian skaters are set to miss the entire 2022/23 season 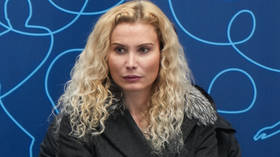 Revered coach Eteri Tutberidze has attacked the bans imposed on Russian figure skaters, calling it ludicrous that titles will be decided in their absence.

Like many of its counterparts across various sports, the International Skating Union (ISU) has imposed a suspension on Russian and Belarusian athletes in response to the conflict in Ukraine.

That meant the likes of Olympic champion Anna Shcherbakova and world record points holder Kamila Valieva were forced to miss the World Championships earlier this year, and will be absent from the entire 2023 international season.

Tutberidze, who coaches current stars such as Shcherbakova, Valieva, and Alexandra Trusova, attacked the situation in an emotional social media message.

“I understand a lot, but I do not accept the suspension of our athletes, our children from international competitions.

“Of course, it’s easier to share the medals and enjoy the little things, but where are the basic principles – fair play?

“Or how was it explained to us that this is the concern for our athletes?” added the 48-year-old, in reference to International Olympic Committee (IOC) president Thomas Bach’s claims that bans are in place partly to protect Russian and Belarusian athletes.

“I know that it is sport that erases the boundaries and unites all the athletes of the world.

“I think this is a terrible mistake of a group of people who have found themselves in decision-making power.

“Help us, God, to get out of this situation.” 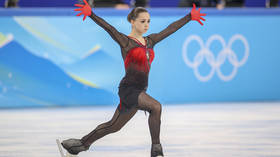 Tutberidze has trained a host of Olympic and world champions in recent year, enjoying particular success with her stable of women’s stars.

However, she came under scrutiny at the Beijing Winter Olympics in February when a positive doping test was reported for her charge Valieva, while IOC chief Bach accused Tutberidze of creating a “chilling” atmosphere for her skaters.

Tutberidze was later defended by her own skaters, including Valieva, as well as Russian sporting officials.

The suspension imposed on Russian skating – which was extended in June – has also seen the country stripped of the traditional Grand Prix it holds as part of the ISU series.

Russian officials have said they will strive to hold alternative events as a replacement for their skaters.

It has been noted by some, including iconic coach Tatiana Tarasova, that banning Russian skaters means removing a traditional sporting powerhouse from the international arena.

Commenting on the standards of the World Championships in France back in March, where Russian skaters were absent, Tarasova said it was like witnessing a “20-year” regression in terms of female skating standards.


READ MORE:
Who is the coach at the center of Kamila Valieva’s Olympic storm?Original Article 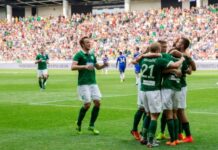 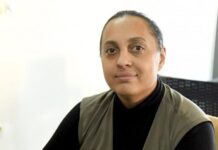 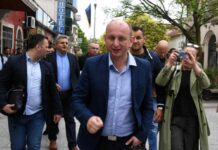