A few billionaires have carbon footprint the size of France – Oxfam 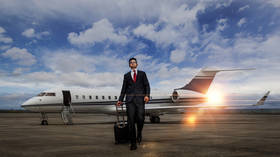 The world’s richest people cause huge and unsustainable amounts of carbon emissions, and unlike ordinary people, 50% to 70% of their pollution results from their investments, anti-poverty charity Oxfam has revealed.

According to its report released on Monday, 125 of the world’s richest billionaires on average emit three million tons of CO2 each per year, more than a million times the average for someone in the less-wealthy 90% of humanity. The billionaires have a collective $2.4 trillion stake in 183 companies, the study said.

The actual pollution figure is likely to be higher still, Oxfam says, as the available data on corporate carbon emissions has been shown to systematically underestimate the true impact. Billionaires and corporates who do not publicly reveal their emissions, and therefore could not be included in the research, are likely to be those with a high climate impact.

“These few billionaires together have ‘investment emissions’ that equal the carbon footprints of entire countries like France, Egypt or Argentina,” said Nafkote Dabi, Climate Change Lead at Oxfam.

“These billionaire investors at the top of the corporate pyramid have huge responsibility for driving climate breakdown. They have escaped accountability for too long,” she stressed.

According to the campaigner, emissions from billionaire lifestyles, including their private jets and yachts, are thousands of times those of the average person. However, carbon emissions from their investments are over a million times higher.

“The super-rich need to be taxed and regulated away from polluting investments that are destroying the planet,” Dabi concluded.